What are Tentacles (A/B Testing)

Tentacles (A/B Testing) is used by editors that are in charge of optimizing and editing the headline. You can see current views, clicks, and active tests.

You can also sort teasers (little text below the headline, someone calls them leads) by urgent, least, and best performing and testing. You can also switch between your teasers and all teasers.

In the sort section where teasers are, you can also switch between actions and numbers. If you select the number option you will see how your articles are ranked on the homepage. In the example below, you will see number 6, which means that that article is ranked 6 on the homepage. 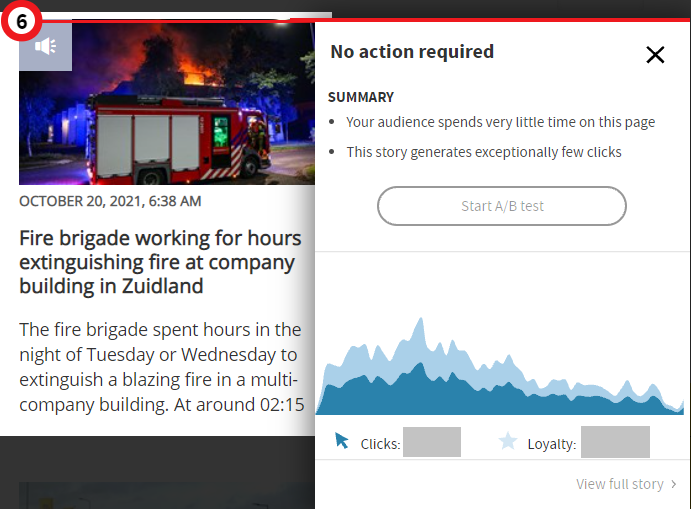